For the updated list of ENGLISH SPEAKING TAXI DRIVERS go to
http://LivingLifeInCostaRica.blogspot.com/2010/03/taxi-drivers-english-speaking-costa.html

This list is CURRENTLY predominately for the Escazu area (but we're starting a list for other areas around Costa Rica so if you have someone to add, info on what to do is below). Their level of English is of varying levels so do yourself a favor & speak SLOWLY (challenging for me to do as I get SOOOO EXCITED!!). Some don't speak English but they are often available & or just GOOD/trustworthy people!


I ONLY use LEGAL RED TAXI's & Tourism Vans as they are the ONLY ones that are insured to carry paying passengers plus, if the cops pull them over (& they DO), you're stuck in the middle of no where as the driver can NOT go on!!!

ALWAYS MAKE SURE THE DRIVER TURNS THE MARIA•METER ON (it starts at 570-colones though it reads 570.0 which can be VERY misleading!!!)

HOURS: The hours indicated are the TYPICAL hours they work BUT almost ALL can be flexible by advanced appointment. They can drive you wherever you want to go but you may want to hire ones that have experience/knowledge of an area.


DO YOU HAVE A LEGAL DRIVER TO ADD?
We're constantly enhancing/add to this list (we'd like names for English-speaking drivers THROUGHOUT Costa Rica!!) so if you have a LEGAL RED taxi driver or LEGAL Tourism Van (ONLY - PERIOD!!!) to add, please email us at: CostaRicaResourceGuide@gmail.com
Please provide the following info in this order:
Name:
Phone Number/Email Address/Website:
Level of English/any comments:
Days/Hours:
Location:

FYI - Hiring a Red Taxi to pick you up at the airport or return you is more expensive than Airport Taxi's because they spend time waiting for you (time is $$) as well as Greet you with a sign with YOUR name on it, plus they have to pay for parking which ain't cheap at SJO. They also legally can NOT pick up anyone that's not their customer at the airport [they deadhead] so they loose money there.
Airport Taxi's are cheaper [around $18 I believe] but my experience is FEW speak English let alone know a lot about areas.

PLEASE TELL EVERYONE “Vicki” referred ya!!!

For the latest updated information on all things AIRLINES, AIRPORT in Costa Rica - go to:
LivingLifeInCostaRica.blogspot.com/2008/06/tourists-airport-and-airline-info-sjo_12.html
.
Posted by A Gay Guide to Costa Rica at 6:34 PM No comments: 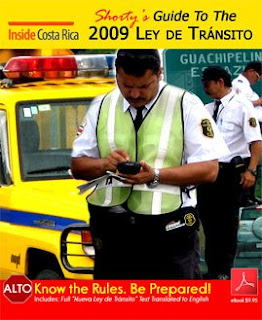