I've shared the information on this
CAR MECHANIC Coche•
Mecánico de Auto Movil
with quite a few people now
PLUS
my Tico Brother - Frank Chicas uses him for his 6 Tourism Vans and 6 Red Taxi's and so far EVERYONE has been REALLY HAPPY with him and he hasn't Gringo priced gouged them.

He's
LOCATED in
CIUDAD COLON
but each time - if needed - he'll come to you - either to pick it up or fix it!!  I was JUST reminded of him (I don't need his services since no way will I have a car in Costa Rica!!) because he just came to Escazu on a SUNDAY to help Simon who was in distress as he HAS to get back up TODAY to his hotel in Brasilito!!  The auto parts shops were all closed so he took it back to his shop in Ciudad Colon and worked his magic on the part and even though it was an emergency call and he came in 20 minutes each way to US - the whole thing ONLY cost 30,000-c (he was basically on it all for 2-1/2 hours!).

Herbert is ONLY 24 years old but he's been working on cars with his dad since he was 13!!

I got to use him once when a car I was using on a Pet•House Sitting gig had a problem.  Now that owner SWEARS by him!! 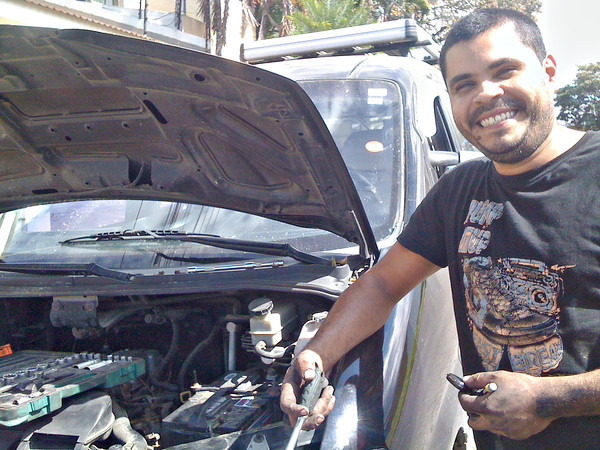 (make sure to tell him Vicki Connected you!!)

LivingLifeInCostaRica.blogspot.com/2013/01/mechanic-cr.html
.
Posted by Living Life in Costa Rica 1 at 11:58 AM