President Obama in Costa Rica - Schedule & about WHY Obama is in Costa Rica (for the Conference of Heads of States/Presidents of Central American Integration System • Sistema de la Integración Centroamericana) - May 3-4, 2013 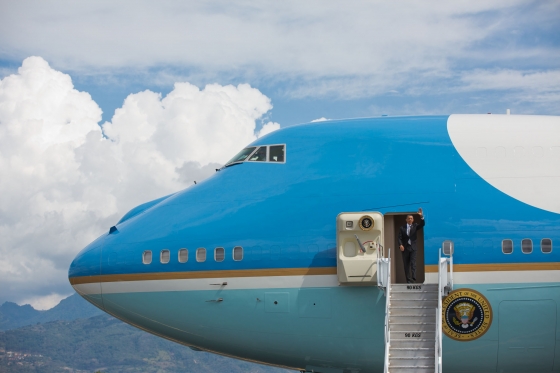 SUMMARIES•ARTICLES ON OBAMA'S VISIT AND THE SUMMIT:
TicoTimes.net/Obama-in-C.R/News-Briefs/Obama-promises-renewed-ties-with-Central-America-on-first-of-2-day-summit_Saturday-May-04-2013
WhiteHouse.gov/blog/2013/05/04/president-obama-s-visit-costa-rica (they fail to mention the importance of this meeting as wel as WHY he was REALLY in CR over the weekend!)
(Did you know it's been over 16 years since a U.S. president has visited Costa Rica??)

The U.S. Embassy in Costa Rica has set up a

LIVE FEED
https://conx.state.gov/costa-rica
and
Whitehouse.gov/live
But so far nada!   What am I doing wrong??  And I'm not finding times on anything.

ATTENDEES:
These conventions are made up of Heads of States/Presidents from member countries.  Attendees will be the Presidents from Costa Rica, El Salvador, Guatemala, Honduras, Nicaragua (wow - when was the last time a president of Nicaragua was in Costa Rica??  It will be VERY INTERESTING as well with a U.S. president/Obama being in attendance!!!), Panama, and Belize as well as the presidents for associate member country the Dominican Republic, U.S. President Obama and Mexican President Enrique Pena Nieto.

WHY:
Participants are expected to discuss ways to boost security, immigration in Central America and promote economic development, as well as other issues.


The U.S. Embassy in San Jose said recently that Obama will participate in discussions "on the efforts to promote economic growth/trade and development in Central America, and regional collaboration on U.S. CITIZEN SECURITY," and it's been reported he will be discussing immigration TO the U.S. (there are MANY Costa Rican's living illegally in the U.S. [I wonder what will be discussed about all the U.S. citizens living legally OR on Tourist Visas in Costa Rica???  Hmmmmm])!!! 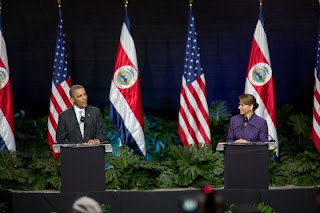 The Costa Rican government is also planning on talking with him about immigration issues, climate change (yeahhh the U.S. currently has a president that GETS/believes that climate change exists), disaster preparedness, and clean energy!

ABOUT SICACentral American Integration System •
Sistema de la Integración Centroamericana:
SICA is the economic and political organization of Central American States created to coordinate the regional integration process, including the process of political, economic, social cultural and environmental integration and to promote democracy and respect for human rights throughout the region.

The United States is involved with SICA as a Regional Observers along with Argentina, Brazil, Chile, Mexico and Peru.  Extra-Regional Observers include the Republic of China, Spain, Germany and Japan.  Associate Member Countries are Dominican Republi

LATEST SICA ACCOMPLISHMENTS:
Among SICA's latest accomplishments is the decision by its Central American Security Commission to earmark nearly 20 million U.S. dollars to combat violence against women in the region. The project, approved in late April, 2013, is to be financed with funds provided by Holland and Finland.