MISSING AMERICAN - Brian Lynn Hogue - Age 64 - Disappeared while driving from San José, Costa Rica to his home on the Caribbean slope town of Guápiles on June 1, 2015 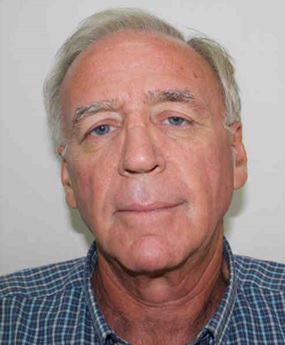 
American ExPat Brian Lynn Hogue - 64 years (formerly of California) has been missing since June 1 after he disappeared while driving from San José, Costa Rica to his home on the Caribbean slope town of Guápiles, where he's lived on a farm for 5 years with his wife, Susan, and their son.

He was last seen in San José on June 1, 2015. When he did not arrive home, a neighbor filed a missing-persons report with the OIJ on June 12.

What's most alarming & makes this "questionable circumstances" is he had planned to return to the U.S. that week to attend his daughter’s wedding.

He also owns property on the Nicoya Peninsula, near Cóbano, Puntarenas where he's involved in reforestation projects (he does that on both properties).

You NEVER KNOW who might know/have heard SOMETHING)!!  Hence why I'm sharing it here.

The family is offering a ₡2.5 million ($4,638ish) reward for anyone with information on his whereabouts.

Anyone with any information on the whereabouts of Brian Hogue should contact the OIJ’s confidential hotline at 800-800-0645 or email cicooij@poder-judicial.go.cr.

The family has separate contact info for information related to Hogue’s disappearance at (506) 4-001-7998 • FindBrianHogue@gmail.com.