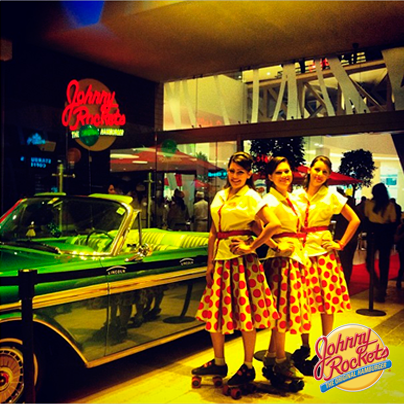 Johnny Rockets is a 1950s and 1960s North Americana style Diner that is famous for selling American style hamburgers with their secret recipe, milk shakes, MALTS !!!!!!(Vicki’s FAV!!!!) and floats (a "float" is a soda with vanilla ice cream in a glass of Root Beer [most popular] or Coca-Cola and Orange Fanta), but in the midst of a themed environment with mini-JUKEBOXES at each customer's table to pick their FAV songs from the '50's and '60's!!
"The waiters perform choreography with some songs and hand out balloons to children making it a UNIQUE and FUN Environment for people of ALL ages!!  A totally new concept in Costa Rica!!!

LOCATION:  Moravia - Lincoln Plaza
They plan on opening more in 2014 in Escazu ("a mall" - November-ish) and MultiPlaza - Este•East - Curridabat (June-ish) (not sure what's up with their originally announced Heredia and Alajuela) 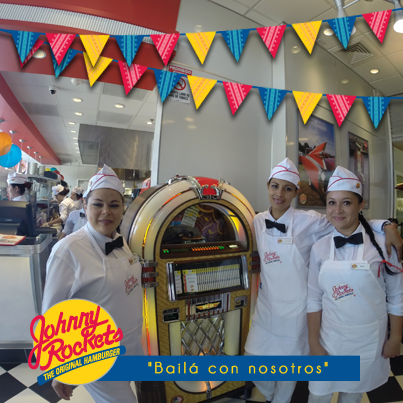 LivingLifeInCostaRica.blogspot.com/2013/09/JohnnyRocketsDinerCR.html
.
Posted by Living Life in Costa Rica 1 at 2:09 AM