TURTLE SEASON in and around Costa Rica 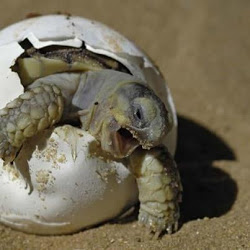 Ahhhhh (well, in between an "Ahhhh" and a "SCARMO monster looking!!") 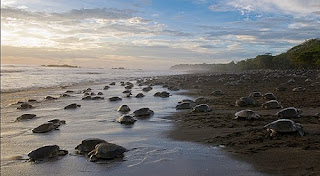 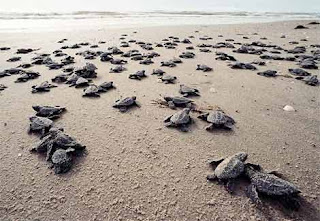 (Baby Turtles Returning to the Sea [in Ostional])

Female sea turtles have an inherent nesting instinct that drives them back to their natal beach to lay eggs. They typically return every 2 or 3 years and may nest several times in one season. Females lay anywhere between 80-120 eggs per nest, and the eggs incubate for roughly 60 days yet I’ve seen only 1 in about 5,000 Sea Turtles will become adults.  Hence mothers don’t usually see their babies ever again (I’ve heard that sometimes you can see tears coming from the momma turtles eyes as they’re returning to the sea).

TURTLE TOURS
Hours for the Turtle Tours depends on the high tide - varying anywhere from 5:30pm to 2am or LATER!!  It can also be an arduous experience waiting for them - especially the Leatherbacks as they can often take up to 2 hours to come ashore but MANY people consider it a VERY MOVING experience!!  Arrange tours ONLY through a CERTIFIED LICENSED guide or park ranger (or through your hotel). IMPORTANT NOTE:  cameras, flashlights, video or flash photography are STRICTLY PROHIBITED on night turtle tours as turtles are extremely sensitive to ambient light and noise which could cause them to return to the sea early, and rangers and biologists want to keep our impact to a minimum.

SEA TURTLE SPECIES and
WHAT AREAS TO FIND THEM
Costa Rica is breading grounds to many of the world species of Sea Turtles - the: 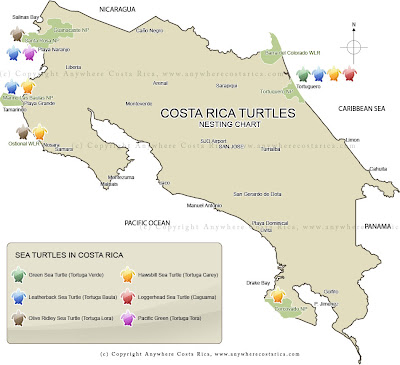 LEATHERBACK TURTLE's
(Dermochelys Coriacea [aka in Costa Rica as “Baulas”]) 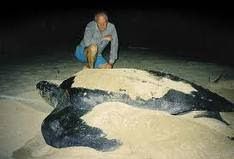 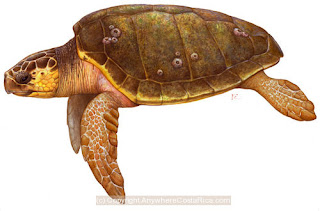 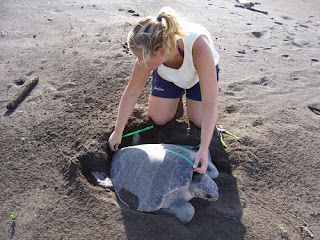 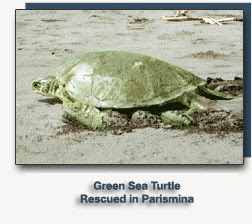 JULY 1-OCT. 31
NORTHERN CARIBBEAN
Tortuguero National Park (http://CostaRica-NationalParks.com/tortugueronationalpark.html) is home to 4 species of sea turtles. Tortuguero is the largest nesting site for the:  Leatherback (their highest nesting period is from around March to May), Green Sea Turtle, Loggerhead Turtles (appear in smaller numbers around the same time) and Hawksbill's (nesting season runs from March to October).

VOLUNTEER OPPORTUNITIES
COTERC (http://coterc.org / Volunteer - http://coterc.org//?page_id=25#axzz0xfUX9asD ) just north of Tortuguero. A biologist runs the remote jungle station, accessible mostly by canoe - the station is staffed by volunteers who generally pay for the privilege of living in very rustic conditions, eating beans and rice and spending long hours working on turtle conservation throughout the night!!

APRIL to OCTOBER
SOUTHERN CARIBBEAN
The Gandoca-Manzanillo Wildlife Refuge (http://CostaRica-NationalParks.com/gandocamanzanillowildliferefuge.html) just south of Puerto Viejo hosts 4 species of marine turtle – the LoggerHead, Green, Hawksbill - are protected along the shores of Playa Negra in the village of Cahuita (the Hawksbill is one of the smaller marine turtles and has a beautiful, serrated shell) and the LARGEST SELECTION of LeatherBacks. The conservation organization ANAI has been researching turtle nesting habits and protecting Leatherbacks for more than 20 years.

Ostional National Wildlife Refuge ( http://CostaRica-NationalParks.com/ostionalwildliferefuge.html ) - Olive Ridley Sea Turtles are known for their huge arribadas/egg-laying episodes, where tens of thousands of turtles come ashore to lay their eggs. Turtles are spotted here just about any night during the wet season (May-November) but the peak months are August to September/October (though often just a few days each month).

Santa Rosa National Park, the oldest in the region, is home to 2 of these beaches.  Naranjo is difficult to get to because of poor road conditions (the 7-mile dirt road is normally ONLY passable with a 4-wheel drive in dry season). Nancite Beach is restricted because of turtle nesting research programs, and advance permission is required to visit this beach, which involves a difficult hike from Playa Naranjo.

MAY-NOVEMBER
SOUTH PACIFIC
Ballena National Marine Park ( http://CostaRica-NationalParks.com/ballenanationalmarinepark.html ) beaches are a nesting site for both the Hawksbill and Olive Ridley Turtles. Both species nest on the beach and can be observed on night turtle tours.

Please NEVER NEVER NEVER TOUCH OR REMOVE
THESE PRECIOUS SPECIES OR THEIR EGGS!!
It is HIGHLY ILLEGAL (except in a few "controlled" areas.
And please don’t be stupid and eat the eggs if you find them at a bar.  If ya have a problem getting it up, work on it or get Viagra [turtle eggs are considered an aphrodesiac]).

I agree it looks bad, but this is actually the ONLY place in Costa Rica (and apparently the world) that this is legal. Here's why:   "So many turtles come onto the beach in a short time span that most of the first nests are destroyed by later turtles. Therefore, in 1987, a project was initiated to allow local people the right to collect and sell a percentage of the eggs from the first 3 days of each arribada. This is the ONLY place in the world where it is legal to harvest turtle eggs. This practice is designed to PREVENT poaching and to help the local community." (from: 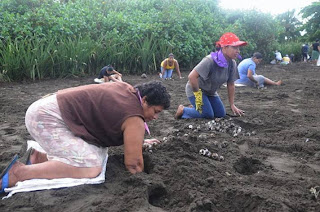 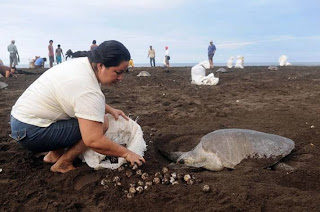 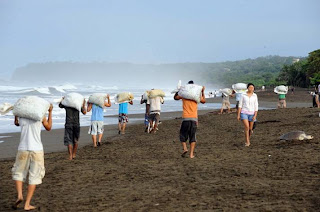 (this is by NO MEANS any "official" site or even slightly knowledgeable.  I'm just combining info I've gathered from various resources [which I'll add later].  I'm just sharin' some basic info to help a friend figure out the scene and I make NO profit from ANY of this!!).

CUSTOM TRAVEL PLANNING
If you're seeking Transportation, Places to Stay, Doctors/Dentists - I can connect you with some of the BEST people I've found!!


Have you found this post helpful?  Has it give you some EASE?  Saved you some $$??
PLEASE consider making a
DONATION
to help keep this site up and me driven to give you some of the MOST DETAILED information out there!!
ANY size of "Gift"/show of appreciation is GREATLY welcome!!
See the top Right corner of the website for PayPal and other instructions
(fyi - you can make a payment through your credit card via PayPal even if you don't have/want a PayPal account!  Just email me with your email address and the amount and I can send you an invoice!)

PLEASE "SHARE" this link with EVERYONE you know that is interested in the turtles in Costa Rica!
LivingLifeInCostaRica.blogspot.com/2010/08/turtle-season-costa-rica.html

Check the turtle page at
http://skaphandrus.com
a comprehensive catalogue of marine species to sea lovers.