When do Costa Rican's get their big "SUMMER" BREAK?
For North American's, our "Summer Break" in between the school year - is during OUR "SUMMER" - when the weather is nice - depending on where you are, it's usually around the end of May-ish•mid-June till the end of August or first week in September (the Monday after Labor Day is the most popular return date).

The months of OUR "Summer Break" is Costa Rica's RAINY (aka "Green") SEASON - NOT a great time to go to camp, hiking, do outdoor activities, etc. so they do it when Costa Rica's weather is "Nicer" - warmer (more like HOT on average).  So THEIR "Summer Break" happens AROUND mid-December-ish till the second week in February (as always in Costa Rica - subject to change).  Note January is the start of the hottest months of the year in Costa Rica (the hottest [hence driest] months tend to be January till May/June-ish [all depending on Mother Nature's plan!!]).

So kids going to PUBLIC schools are on a totally different schedule than kids on the North American schedule which you find many of the Private schools on. 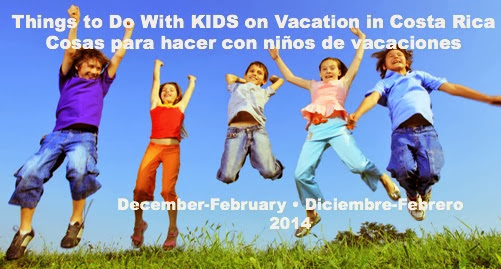 ACTIVITIES FOR KIDS DURING
PUBLIC SCHOOL BREAKS
I'm starting a list of activities I'm finding of things for kids to do on breaks at:
LivingLifeInCostaRica.blogspot.com/2013/12/NinosClasesVacation.html

Do YOU know of other programs to add?
PLEASE email me ULTIMATELY DETAILS and a jpg flier at
LivingLifeInCostaRica@gmail.com


PRIVATE SCHOOLS SCHEDULE in Costa Rica
(varies by the school.  Listed below are based on the "American School Year".  Note this info is from 2012 and based on just one school as there are MANY different Private Schools in Costa Rica that have LOTS of different dates.  This is from Country Day School - cds.ed.cr)

THANKSGIVING BREAK - LAST DAY IN SCHOOL:  Thursday - November 28, 2013 (Looks like they only get that Thursday and Friday off making it a 4 day long weekend [vs in the U.S. many schools get that whole week off].  U.S. Thanksgiving is the LAST Thursday in November) 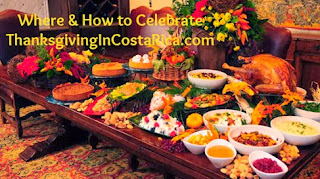 WHERE TO CELEBRATE U.S. THANKSGIVING IN COSTA RICA
LivingLifeInCostaRica.blogspot.com/2013/10/Thanksgiving2013CR.html