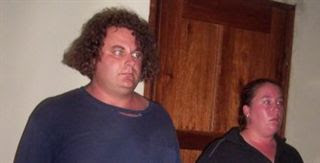 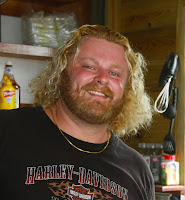 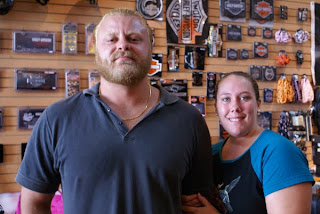 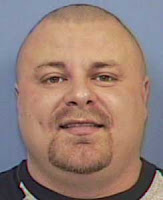 Old Pic from U.S.
“Alleged” SERIAL KILLER'S
William "Wild Bill" Adolfo Cortez Reese and his wife Jena/Jane Seana Cortez
(who's REAL names are William Dathan Holbert and Laura Michelle Reese)
have KILLED AT LEAST 3 PEOPLE and probably QUITE a few more (they're saying it could be as MANY as 40+++)
in Bocas del Toro, Panama
(and possibly Costa Rica, Belize & Mexico)

CAUGHT in Nicaragua!!
(after spending time in COSTA RICA)
http://panama-guide.com  (this guy's broken a LOT of the news about this)
http://nacion.com/2010-07-26/Sucesos/UltimaHora/Sucesos2461248.aspx - Spanish (though the link above has the summation)
Here's some U.S. HISTORY on these criminals who were even wanted for MANY things in the U.S.!!!!    http://panama-guide.com/article.php/20100727184033958
Their M.O. seemed to be seeking out home sellers on the internet (Craig's List) that themselves were on the run or that had no kids (so no one would really report them missing).  I read they'd buy the property from the person(s) with cash (to get the real paperwork) and then the seller would just happen to disappear or they'd do it to access people's bank accounts or personal goods!!!

@@@@@@@@@@@@@@@@@@@@@@@@@@@@@@@@@@@
IT'S STILL IMPORTANT TO KEEP THIS INFORMATION UP
as they're saying they lived in Costa Rica as recently as for the past few weeks as well as around 1995 and other countries/locations (Mexico, Belize and Panama) - so there may
WELL be LOTS MORE DEAD BODIES
(they're saying it could be as MANY as 40+++++!!!)
so the police NEED YOUR HELP STILL!!!!
@@@@@@@@@@@@@@@@@@@@@@@@@@@@@@@@@@@
They were traveling under other alias' like "Max and Anne Smith." and he shaved his beard and dyed & permed his hair it looks like.  They are reported to have entered Costa Rica and dumped their Red Dodge Ram pickup truck with large off-road tires and have purchased a vehicle under the assumed name of Josef Eiser.
Have you seen this guy/couple in Costa Rica (or Panama [or Mexico or Belize]) and known anyone that might have done a land deal with him and the original owner just disappeared? LET the cops know in the appropriate country ASAP!!!
COSTA RICA  -  OIJ (pronounced Oh-E-Ho-Tah - Costa Rica's version of the FBI) - 911 or 800-800-0645 (note there is NO “1” before the 800)
PANAMA  -  Panama FBI in Panama City (507) 207-7000)
MORE DETAILS and PICTURES OF THEM:
http://panama-guide.com (I think this site will have the latest breaking info & is the BEST SOURCE!)
http://ireport.cnn.com/docs/DOC-475374
http://YourCruisingEditor.wordpress.com
http://nacion.com/2010-07-24/Sucesos/NotasSecundarias/Sucesos2459108.aspx (in Spanish)
Pictures above are thanx to http://panama-guide.com
SERIOUSLY, PLEASE PASS this on/"Share" this with EVERYONE YOU KNOW!!! I sure wouldn't want to be the person that saw them and did nothing about it and they killed someone(S) again (let alone in my area) would ya????
.
Posted by A Gay Guide to Costa Rica at 10:24 PM

William Dathan Holbert was my first high school sweetheart at age 14. He was a football & baseball player & weight lifter. Everyone just knew that along side his parents moderate success, there he would be too. I was shocked as anyone I think to hear the news of his horrible crimes and scared really, as I spent "alot" of private time with Mr. Holbert. He came from a good family, attended a small town high school and married a very beautiful and successful woman who he had three children with. The woman, "Laura Michelle Reese" is not his wife. I think she knew about all of the crimes. I don't know how a man could abandon his wife and family, come from such a great background, commit such horrible crimes, then only be worried about ratting out the "drug cartels and freeing his lover". I only pity the people he hurt.