For more info on Unity Costa Rica go to:
LivingLifeInCostaRica.blogspot.com/2014/01/UnityCostaRica.html 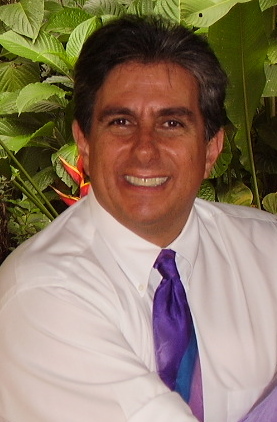 Join Us for a very special event!


A GOING AWAY PARTY for our UNITY MINISTER
JUAN ENRIQUE TORO!!!!

EXCITING and SAD NEWS for Friends of Unity Costa Rica

Our special friend and Unity Minister Juan Enrique Toro has moved onto new adventures in Washington state as of September 2012.  This post was for his Going Away Party:

THIS WEEKEND is our LAST CHANCE to hear Juan Enrique give one of his special talks (that's JUST for me!!! [doesn't it feel like that often??!!]) and for us to honor him and say goodbye before he embarks on this New Beginnings!! (it's also the last opportunity here to do some healing if there's still some things to be worked through)

The Spanish community has organized a Going Away Party for him after their service tomorrow/Saturday - August 25 in their new location in Guadalupe!
(there was already an After Service Talk by Vicky Kieki [below] that was planned awhile ago for this Sundays English service)

WHERE:
The Spanish services' NEW HOME at "The Art of Living" * el Arte de Vivir) in Guadalupe (details below)


WHAT TO BRING: It will be a POTLUCK so bring a dish/food (ideally without meat) to share with at least 8+ people as well as something to drink.

CAN'T MAKE IT BUT WOULD LIKE TO
SEND JUAN ENRIQUE YOUR
SUPPORT * WELL WISHES * LOVE * GRATITUDE?
Email him at JEToro14@gmail.com


JUAN ENRIQUE
There is a man that we know, who is admired by most
And when speaking of him, people almost always boast
Because such a person like Juan Enrique is very rare to find
I guess you’d have to say that he is “Juan” of a kind

Juan is the heart and soul of the “Unity” congregation

And he spreads love and sincerity in all his relations
Spirit filled is he. His shining light is quite apparent to all;
Serving people of our community whenever they call

Juan Enrique Toro is truly a master of the spoken word
His messages are some of the best that we have ever heard
With enthusiasm and joy: with wisdom and humility
He works hard and consistently to the best of his ability

I call him a “fountain” because his words just flow
Just how he can do that? I really don’t know
Must be his remarkable connection to the “Spirit of One”
His talks are very meaningful, well thought out, even fun

His dedication, enthusiasm; his passion and sincerity
In the world that we live, he is most certainly a rarity
We think you are the best. There’s only one thing more to say
We really love and appreciate you Juan Enrique


PLEASE "SHARE" this with EVERYONE you know that knows Juan Enrique
(it's a GREAT healing opportunity for those with unresolved "issues")
LivingLifeInCostaRica.blogspot.com/2012/08/going-away-party-juan-enrique-toro.html
.
Posted by Living Life in Costa Rica 1 at 12:22 AM