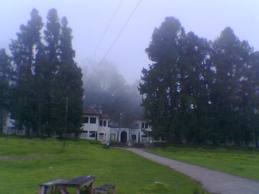 Below is a link to a couple VERY INTERESTING stories about a
HAUNTED "House"/building in Costa Rica -
the Duran Sanatorium (El Sanatorio Duran) near Cartago! 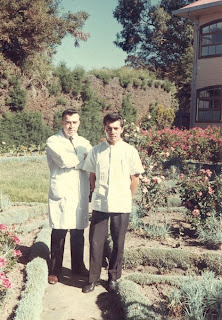 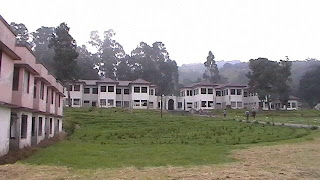 Over the years it was used for various purposes - as an
Insane Asylum, Tuberculosis Sanatorium, prison and orphanage. 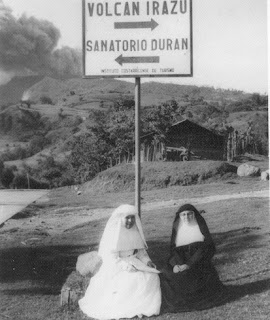 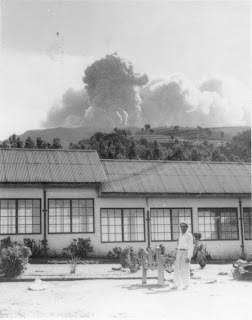 It was eventually closed because of damage in 1973 sustained by eruptions of Volcano Irazu that happened between 1963 and 1965.

Throughout this time, this complex has been saving many mysteries that have become a dark and scary place, which attracts many people interested in this kind of inexplicable events. Among them are listed;

There was even a Mockumentary (a documentary mocking the story theme) made about it - "The Sanatorium" that follows a group of young ghost hunters going to the infamous Duran Sanatorium in Cartago, Costa Rica looking for ghosts.

It was the 2010 Winner of the Audience Award at the "Morbido Horror and Fantasy Film Fest!!!"

WikiPedia says:  "A Costa Rican Miguel Gomez film premiered on October 29, 2010, presented the urban legend behind the plot Durán Sanatorium, with its similarly titled film "The Sanatorium" using the cinematic technique of the mockumentary .

In it, a group of young film aiming at a home on the site and the mystery behind him come face to face with danger and under attack from the nun's hospital and other spirits that inhabit it.

Everything is told from a perspective of both horror comic as well representing the characteristic choteo Costa Rica, the way the stories of paranormal events are always told with a tinge of comedy in Costa Rica and how angry reaction of the Ticos to a situation that frightens them or frustrated."It was directed by Miguel Gomez.  Produced By Dennis Gomez and Andrea Truque.  Cast included - Luis Bogantes, Pablo Masís, Kurt Dyer, Mary Oreamuno and Lulu Garita

There was even a Facebook Campaign to help save it -


Anyone can go visit it.

For more on El Sanatorio Duran go to:

COST:  1,000-colones (about $2) lets you explore the entire campus/grounds freely, exploring the empty buildings and awakening the spirits that remain there.

HOURS:  Daily - 8am to 4pm (they're literally open 365 days a year so even on Christmas Day, the Thursday and Friday during Samana Sante, New Years Day!!)