HALF & HALF - Where to find HALF and HALF in Costa Rica


Over the nearly years I've been doing this blog, I've had MANY people ask me "Where can I find half and half in Costa Rica?"

I don't think Costa Rica has actual "Half and Half" (a FAV amongst many coffee drinkers) as North American are used to.

In Costa Rica, if you want to have any peace of mind - you NEED to learn how to work around things - or make due!!

A few people have said there was half and half at AutoMercado but I have not heard what it's called yet.  Looking into that.


Suggestions on how to work around the lack of Half and Half in Costa Rica and/or what we do have:

My friend Brenda just told me - if you want Half and Half - just take a 1/2 cup of milk and a 1/2 cup of Crema Dulce!!  (Brenda's lived in Costa Rica for 30 years and has learned how to master this technique of working with what you have) 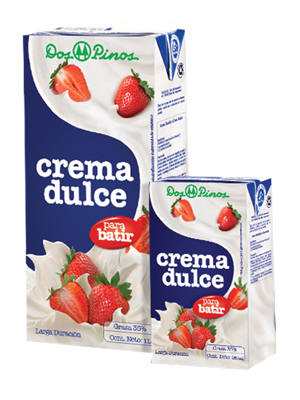 What is CREMA DULCE?
This is what Costa Rica promotes more as "Whipping Cream" (well, that's what I'd think if looking at this box - strawberries and whipped cream [though maybe they are implying strawberries and creme??]).  It IS "cream" but it's not really HEAVY Whipping Creme as we know it (I once put Crema Dulce in my MagicBullet mini-blender and it turned into sweet butter in just like a minute or 2!).  It comes in the shelf boxed milk section in those Tetra Paks (that have a shelf life that is for YEARS often!!  New in town and don't know what a Tetra Pak is??  en.wikipedia.org/wiki/Tetra_Pak )   BE CAREFUL!!  Recently I went to buy some milk and I went to the refrigerated section and got the cheapest one (it was to make that decadent instant chocolate pudding - yummm!!!) but got diverted from making it for 2 weeks (ahhh - my cravings come and go) and guess what - I didn't realize it was NOT in the tetra pak - so it went bad (which sure seemed awfully fast!!).

Sharon (a chef/baker who makes REALLY GOOD homemade Sausages and English Muffins) shared on one of the Facebook pages "The crema dulce from Dos Pinos in the plastic bag is 35% butterfat, and is pasteurized. It makes good whipped cream.
38% is better, but I'm not finding it.
The boxed stuff is ok for cooking/baking, but is iffy for whipping, and has a nasty evaporated milk taste.
Half and half is usually 10.5-12% butterfat, so you could figure the dilution with the local 2% Leche Semi-DesCremada.