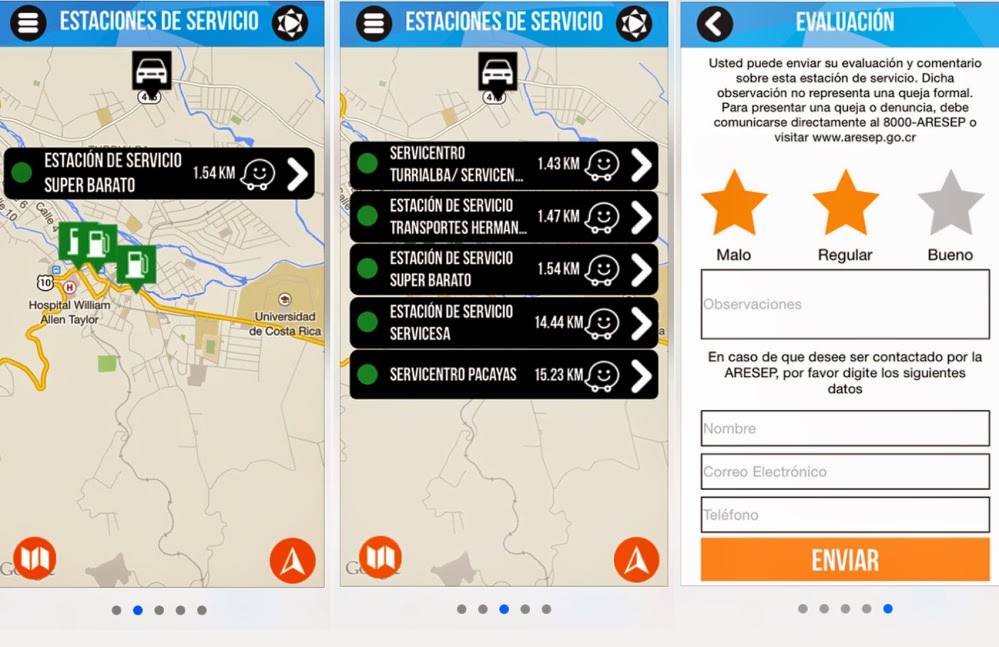 This seems like a MEGA HELPFUL app for your SmartPhone - ESPECIALLY because some gas stations are selling you CRAPPY gas that's doing damage to your engine (like all the other negatives here aren't harming your car big time - like the bad roads, potholes, removed manhole covers, high driveways/curves with the low cars, speedbumps (especially the un-colored/un-marked ones).


A study released this week by the Public Services Regulatory Authority (ARESEP) found that 57 of Costa Rica’s 348 gas stations last year failed to fully comply with technical regulations for selling fuel. That means that more than 16 percent of gas stations failed at least one of the national regulations on quality and quantity.
ARESEP inspections mostly found sediments in fuels, gas pumps dispensing less fuel than paid for by customers and incorrect ignition temperatures in fuels sold.

For the rest of this article go to:


SOON we'll have a NICE NEW Gas Station in Escazu - on the road between Paco Plaza - on the Right•East side of the street - heading towards Guachipelin Pista del Sol - Highway #27 entrance - just about across the street from the NEW AutoMercado!!
Details coming SOON!!!
.
Posted by SarongGoddess at 3:09 AM