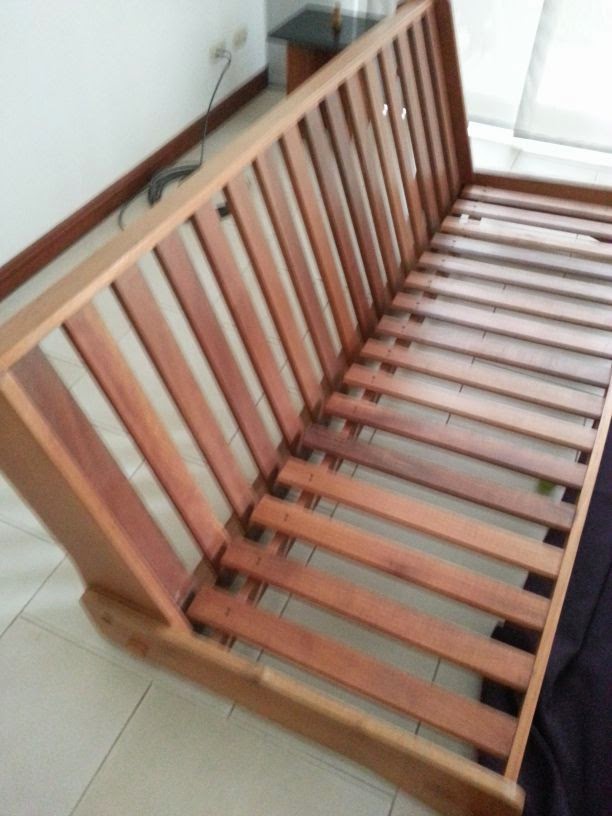 Unique Wood QUEEN SIZE FUTON Sofabed
(made when you order) 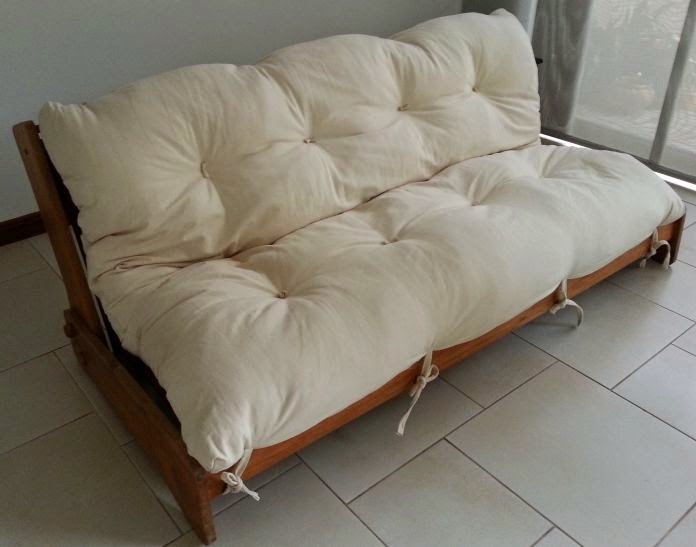 NOTE: This mattress is an OVERSTUFFED mattress & is +$44 for this 100% cotton canvas)

The STANDARD mattresses is "flatter" 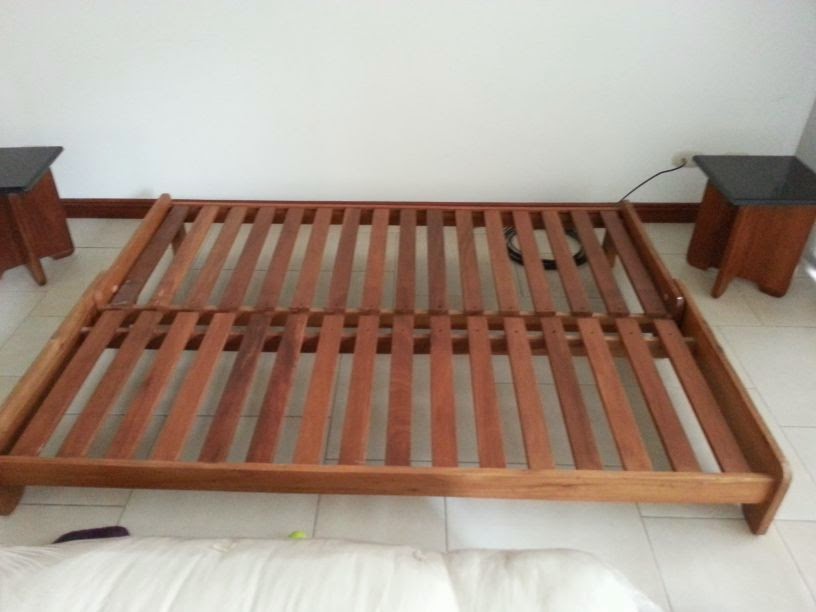 
PEQUENO MUNDO
February 6, 2015 - I literally JUST came back from there but can't get the info/pics up here till Saturday but they ranged from 80,000-170,000-c or so I have a write up on them at:
LivingLifeInCostaRica.blogspot.com/2014/08/PequenoMundoCR.html 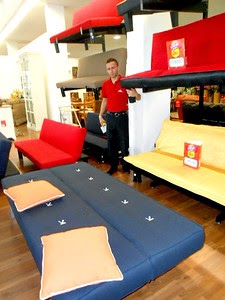 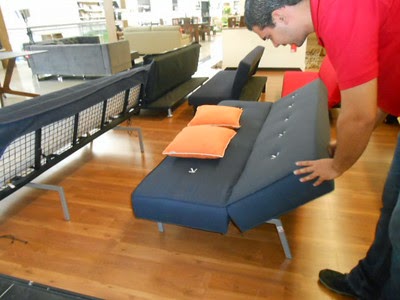 Aliss Department Store is MY FAVORITE department store!!
Had I known about it when I first moved here - I probably wouldn't have brought a 20' container!!  They have something for just for everyone - from WAYYYY COOL KITCHEN GADGETS • Bedding • even fountains & Furniture - but they have the largest selection of FUTONS I've found.  Though - they're all
METAL FUTON FRAMES with FOAM MATTRESSES
and many of there were attached to the frame which I might not like if this was being used as a primary couch as I'd fear it getting pretty lopsided pretty fast.
BUT - they ARE pretty INexpensive.
(I saw some as low as 80,000/$160 and that includes the FOAM mattress).
See more pictures from my last trip to Aliss at:
SarongGoddess.com/Other/AlissDepartmentStore 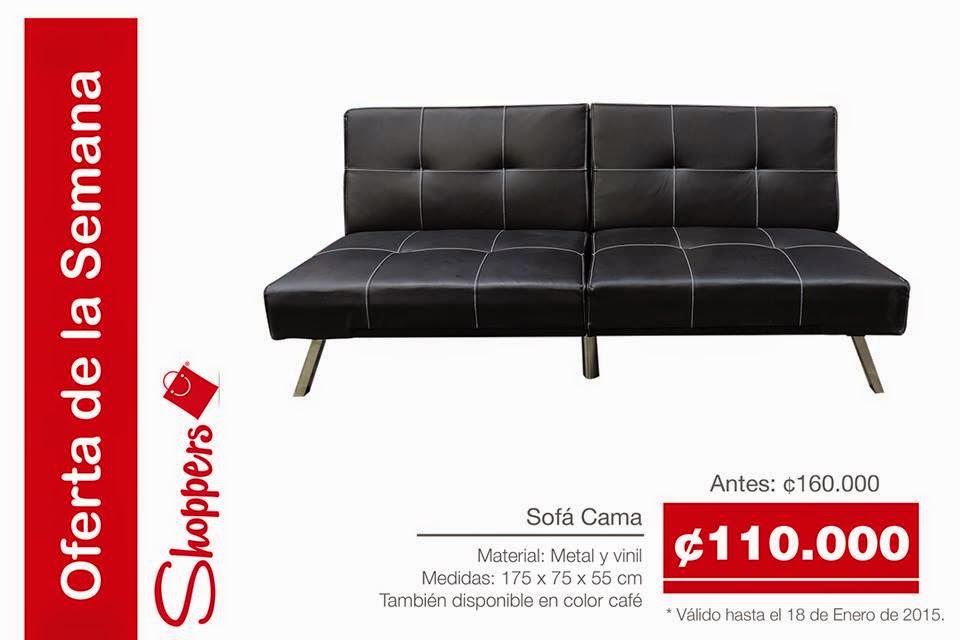 SHOPPERS
Shoppers I hear is like Pequeno Mundo but possibly cheaper on some things.  MEGA stuff from China.
160,000-c
facebook.com/ShoppersCostaRica  •  ShoppersCR.com  •  4-052-4900 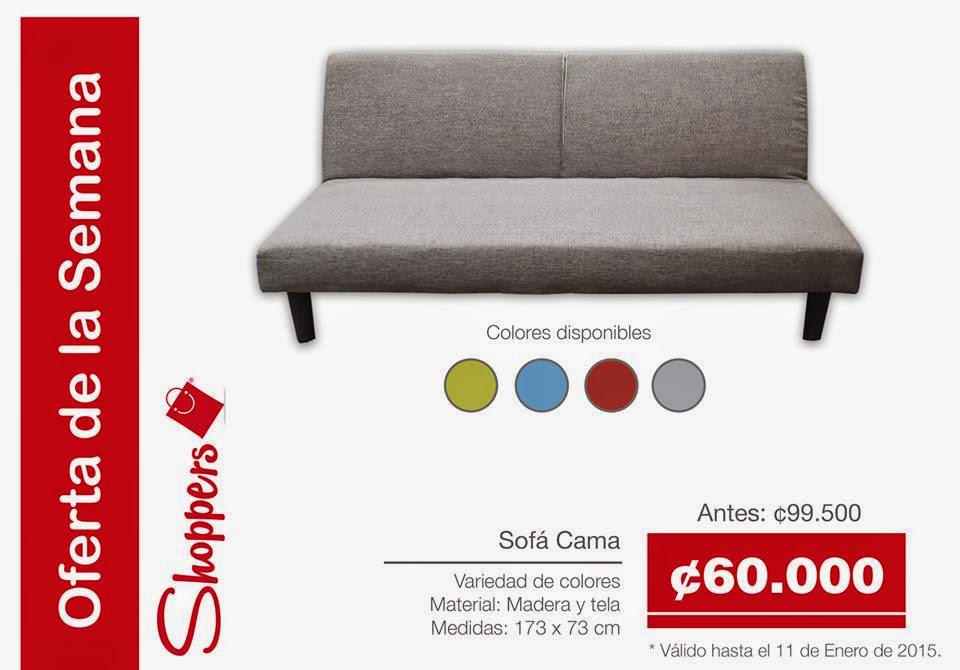 
?? (can't remember the name)
Everything from furniture, futons, office furniture, etc. though cheaper quality.  Delivery was only around $15 to have a futon delivered to me in Escazu.
LOCATION:
San Jose (Downtown) - In front of Mercado Borbon (one block north of Central Mercado)