I signed up for this program to DONATE YOUR BODY TO SCIENCE in Costa Rica and I feel SOOOO MUCH BETTER having done this as I am not leaving/putting this burden on my family or friends and it is in alignment with who I am and what I believe as I do NOT believe (for ME) that I am my body and if when that body goes (my Spirit NEVER "dies") - has served its purpose this life, I now know it WILL continue on to help others!!!

People, we're ALL going to die and we NEVER know when that will be, and as a person that's had a LOT of people close to me die suddenly (airplane, car, motorcycle crashes or work related accidents mainly), I KNOW what a NIGHTMARE you leave behind when you've not dealt with your fears around death/going • your own mortality!!

Do you TRULY LOVE your family and friends?  Then SHOW IT by NOT leaving this HELL to them!!  One way or the other - be you donating your body to science or make your wishes clear and TAKE CARE OF ALL THE ARRANGEMENT (financially) to help your family/friends, etc. out!!

I'm TIGHT about this as I've HAD to be the person TO help things get taken care of MANY times and my and others lives HAD to come to a standstill to deal with someone that suddenly died or didn't suddenly but they didn't want to admit they might be/were dying!!

Being a foreigner living abroad adds an EXTRA more challenging element to the mix and EVERYTHING MUST be done IMMEDIATELY here (especially because they do NOT embalm people in Costa Rica)!!!!


Here are a couple articles on the
PROCESS OF DONATING YOUR BODY TO UCR MEDICAL SCHOOL
(till I FINALLY get around to writing up my own!!):

One of the rewards of being a writer is creating a piece that results in a positive reaction. At The WCCR meeting at the Union Club on August 14th, Joan Dewar reported that 30 people from Grecia were signing up to donate their bodies to the Universidad de Ciencias Mêdicas (UCIMED) program as a result of reading my article. While most people do not care to face their mortality, this program helps Expats, especially those with no immediate family in Costa Rica, to ease the burden when the time comes.

This program, only available when death occurs in Costa Rica, enables a person to help future doctors learn and reduces the cost of dying. The following is my article that appeared last May in The Tico Times before it stopped publishing a paper edition:

Being a part of the Universidad de Ciencias Medicas (UCIMED) voluntary donor program “made my grieving easier” Charles Jennings said after his wife’s recent death. Knowing the end was imminent; he and his wife Dianne (Rowley) faced the inevitable, agreed that she would remain at home for the duration, and welcomed the promise of the university’s care. Being a doctor, the deceased knew that medical students are most grateful to have cadavers to study, especially females, and treat them with the utmost of respect.

Unfortunately, Dianne died on a Saturday morning, which complicated procedures as very few donors in the program have passed. The guard who answered the phone knew nothing about it but made several calls including to the UCIMED Administrator Guillermo Elizondo who promptly handled the situation.

Firstly, he arranged for very respectful employees of Camposanto Silencio y Paz located in Barva, Heredia, who arrived in a clean and neat vehicle with a stainless steel casket, to fetch the remains. The other was to provide the guards with written instructions on how to handle such calls in the future. A close friend said that despite the initial confusion, everything was handled within five hours of the death.

Chuck and his wife prudently had taken care of personal affairs a couple of months earlier.

He had made copies of their cédulas (she was a citizen), the death certificate (provided by the CAJA’s division Centro Nacional de Control de Dolor y Cuidados Paliativos referred to as the Clínica Dolor), and a copy of the agreement with UCIMED. The Clínica Dolor [Pain Clinic] in Barva donated a hospital bed and an oxygen generator to them and provided medicine, medical and psychiatric services at home for about a year prior to the death. CAJA patients with major illnesses, or who are terminally ill, are eligible for this little known care.

As UCIMED does not issue death certificates it is the responsibility of the next of kin or a friend to obtain one from the doctor in the hospital if the person dies in one, a Medical Examiner, or other licensed medical provider. The school takes care of embalming the body that will be studied for five years and handles any other legal requirements. At the end of the term, the corpse may be buried in a cemetery that the school contracts with, or claimed by a family member or friend.

Cultural differences and religious beliefs may account for why only three Costa Ricans of 125 donors have signed up for the program (at the time this was written). Chuck and his friend noticed that the Ticos present at his house who wanted to hold a wake were astonished when the body was taken away. They did not understand that the couple had agreed it would be just a cadaver and no longer his loved one.

For Chuck having his wife a willing participant in the program helped give him closure. He also has signed up believing that his 4 children would have difficulty dropping everything in the States to handle final arrangements for him. For a single person it reduces the responsibility for friends and distant family.

To participate in the program, simply make an appointment with attorney and notary

Ana Isabel Borbón is not longer there.
NOW the attorney is
Esteban Hill
2-549-0000 xt1231  •   gilge@UCMed.com
(note - I emailed him but it came back so if that happens to you - email
Gabriela Avila Cartín - avilacg@ucimed.com
)I spoke with her & she speaks GREAT English)
Esteban is Bilingual, & he processes your request and provides a contract and a Donor Card.


This is a copy of an article Helen did for the Tico Times:
HelenDunnFrame.com/blog-1 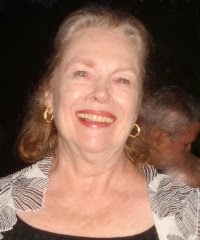 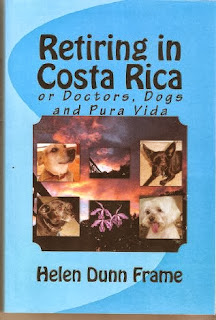 WHERE TO PURCHASE HER BOOKS:
Amazon.com/author/helendunnframe.com

PLEASE PLEASE PLEASE "SHARE" this with EVERYONE you know living in Costa Rica!  This is REALLY an IMPORTANT GIFT you can live that keeps on giving!
LivingLifeInCostaRica.blogspot.com/2013/10/DonateUrBody2ScienceCR.html
293 9/2/15
Posted by Living Life in Costa Rica 1 at 2:39 PM