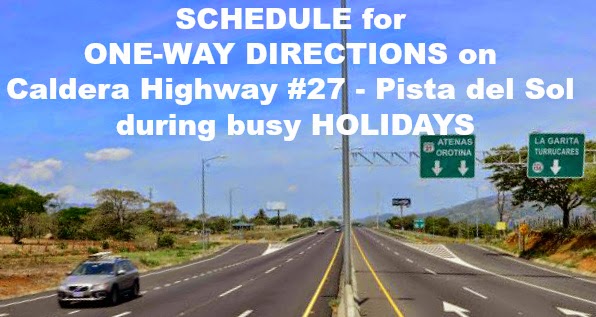 
and you haven't done your MEGA PATIENCE Meditation (or medication), you're in for a "SURPRISE!!!!" (ok - so LOTS of Frustration and DEEP breathing) as you think driving on the roads of Costa Rica on a regular day can be a nightmare . . . IMAGINE THOUSANDS of people wanting to take the faster highway to the beach (it does shave off about 45-60 minutes on a REGULAR day!!) ALL on the normally just 2 lanes in either direction

(add to that how if there's an accident you MUST stop dead in your tracks & not move an inch till all the PROPER people show up like the Transito Police and your insurance company [and hopefully not an INS ambulance]).

So what they do to help the flow of traffic • traffic jams is turn 2 of the lanes (one direction) so they're ALL going the SAME DIRECTION based on the popular•busiest times.

WARNING:  EVEN with this - what could normally be a 1 hour drive, could STILL be 2-4 hours so don't bitch to anyone but YOURSELF since YOU'VE CHOSEN to go during THE BUSIEST time!!!  Just bring some Kenny G, do some Meditation exercises before and learn some you can do in the car and things to keep the kids occupied (make sure to bring headsets for each of them if what they have creates noise) and just GO WITH THE FLOW!!

So here's the latest schedule - for the CHRISTMAS - NEW YEARS (Navidad-Año Nuevo) vacation time based on THE BUSIEST DAYS (if you go ANY other day you'll just GET to "go with the flow!!").

WHAT AREAS DOES THIS ONE DIRECTION EFFECT: 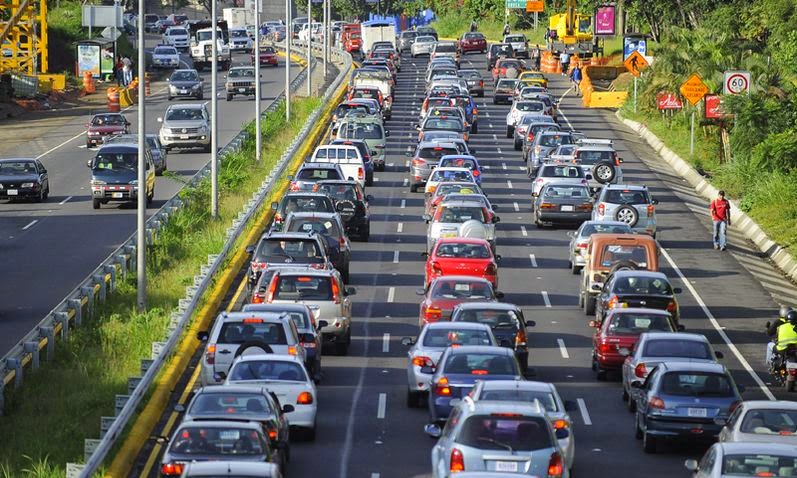 DATES:
(they typically do not announce those days till a week before so I'll post it here)

SAMANA SANTA:
Saturday
SPEED LIMIT:
During these times, the Speed Limit is SLOWED DOWN to 60 kph•37 mph.

This is a TOLL ROAD - so plan ahead to have Exact Change as much as possible to help speed your trip up
(there are some lanes for Exact Change which usually go MUCH faster!!).

For the latest toll charges (as of October 1, 2014) go to:
LivingLifeInCostaRica.blogspot.com/2014/03/AutoPistaDelSolHighway27CR.html

(for a list of the various highways•carreteras in Costa Rica, check out:
es.wikipedia.org/wiki/Carreteras_de_Costa_Rica


For ROAD CONDITIONS or ASSISTANCE call:
2-588-4040
Press 1 for recorded Road Conditions
Press 2 for Accidents (or other things)

(SOURCE: Calling the phone # above and facebook.com/GlobalViaRuta27

If they're caught traveling on those highways during those hours, they risk a
51,249-colones fine!! 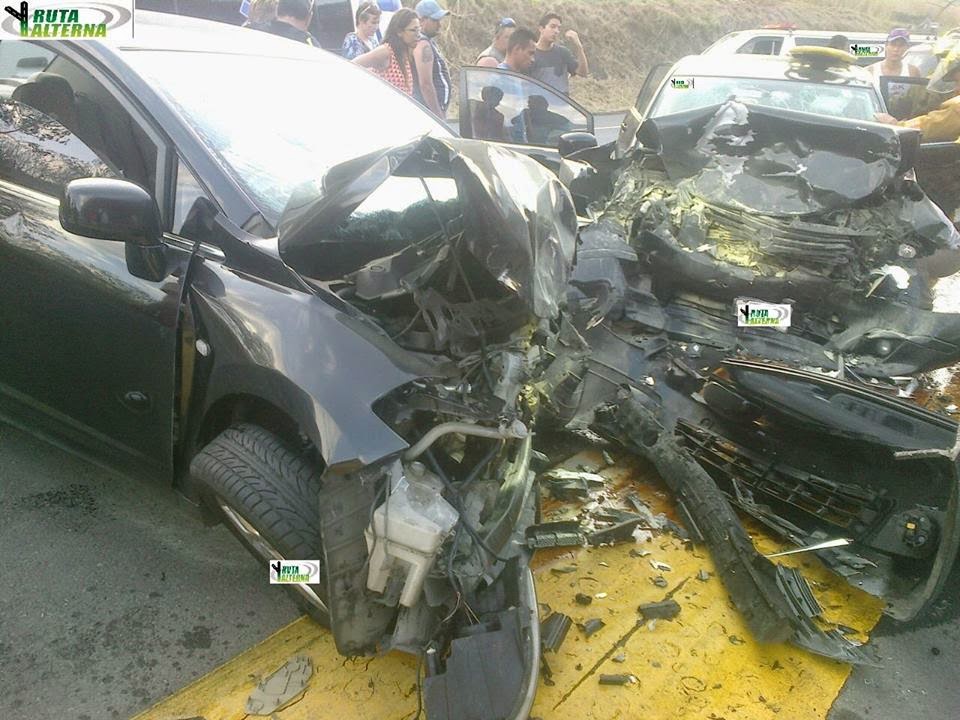 Do NOT NOT NOT be a FRICKEN SELF ABSORBED MORON and drink and drive!!!!!
Sadly, the life you take may NOT be your own!!!!!!!
(accident on Highway #27 coming back from Samana Santa weekend
from the facebook.com/pages/Ruta-Alterna/149642631716218 page)