One of the things I've learned to live without/with less in Costa Rica has been ice cream as I'm more of a crunchy kinda gal and I just haven't found much of that type of ice cream•helado in Costa Rica.  Also, SOOOO MUCH of it I can taste the chemicals so I rarely do it - BUT . . . 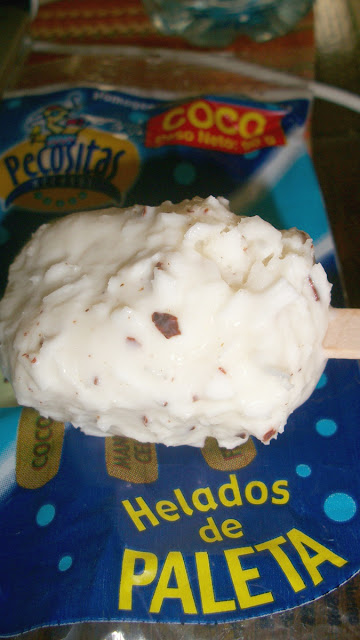 One day I was CRAVING “Coco” Coconut Ice Cream (it’s Costa Rica – you’d think it was easy to find right? - NOT!!).  I went from store to store around Centro Escazu trying to find some - with no success – UNTIL – just before I got to the house I was House Sitting – I stopped in at this little off the beaten path pulperia (little ma and pa corner "market") - Abastecedor Castro and not only did they have my Coco – they had this brand I’d never seen before - but OHHHHH BOY!!!  I’ve now found my FAVORITE ice cream in Costa Rica!!!

Their COCO/Coconut popsicle / paleta is SOOOOOO AWESOME as it actually has CHUNKS of COCONUT in it and is tasty!!!!  Can we say ADDICTIVE!!!!!  (yesterday I ate 4 in one day!!!  [granted they’re those small Dixie cup size]) 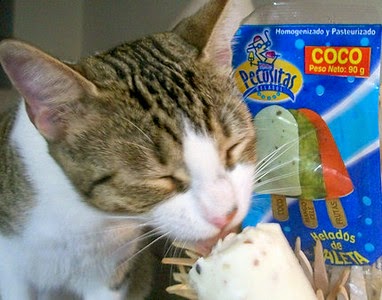 Even Bubu the cat LOVES Pecositas!!  One day I was laying on the couch eating my "Coco" & he comes & steps over my shoulder & starts licking away!  EVERY TIME I had one he was trying to get it!!  I swear he'd finish one all by himself if given the opportunity!!

FLAVORS THEY HAVE AVAILABLE
(not always each one at each store but I’ll bet they will pre-order it if you’re wanting to buy a bag of it!!) 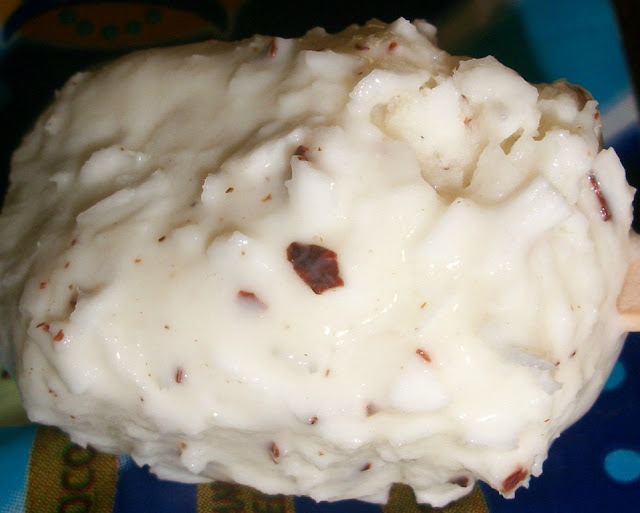 With Water / con Agua:
Cass  /  how to describe Cass – hmmm – I can’t other than it's acidic - not really lemon-ish but maybe that would be the closest taste to Cass – but it’s my FAV natural drink
Fresa / Strawberry
Fruitas Mixto  /  Mixed Fruits
Limon  /  "Limon" Lime
Mango Sele/Verde  /  green Mangos - tart
Mora / to me Mora’s a like a cross between blackberry and raspberry

LOCATIONS:
For now they’re locate mainly in the Central Valley and a couple places in Guanacaste:

ESCAZU:
•    Abastecedor Castro  -  Centro (from the street/hill behind the church – go up the hill/South about 600 meters/6 blocks [passing Camacho’s Ferriteria] to Soda Maria Fernanda and turn Right.  Go down one block and Abastecedor Castro is on the North/East corner (tell them Vicki – the big gringa gal sent you!!). 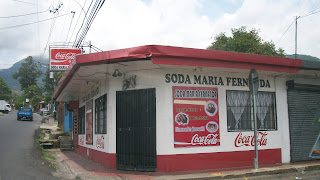 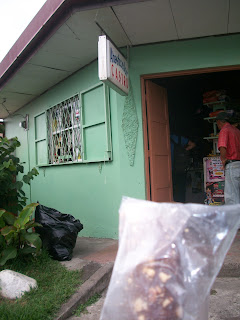 Go 1 block to the little Pulperia CASTRO and it's on your Right (tell the owner that Vicki - the big red head gringa that LOVES the coconut ice cream sent you!!)

•    Panaderia Samuelito – North/West corner of the park in Centro 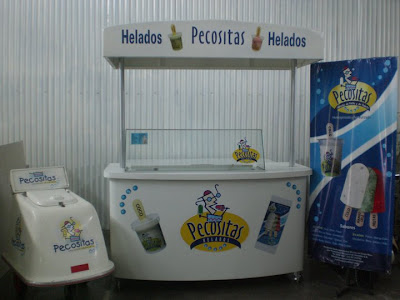 CARTS!!!!!
They have carts available for events and festivals.   Inquire!!!

(Please tell them that Vicki Connected you!!!
and "SHARE" it with EVERYONE you know - ESPECIALLY on Facebook!!
http://LivingLifeInCostaRica.blogspot.com/2012/06/best-ice-cream-helado-costa-rica.html
.
Posted by Living Life in Costa Rica 1 at 6:13 PM